More than 100 levels/songs are integrated and a custom mode with various of settings as well. Additional a new 360 degree boxing mode with an up&down feature!
Fit the settings to your gameplay and upload/play every song you like.
Play the campaign and the custom mode to unlock cool stuff like different cubes, wall and glove skins.
You can also join the chill mode and relax to your music with different locations, each location is individually constructed
and in each location are unique visualizations to the beat of the music.

Sit down and chill!

Currently, we are creating a horror VR (virtual reality) game. At the moment we do not know exactly which direction it will take. It will either be a game in the direction of Resident Evil or Arizona Sunshine. With the integrated weapon system, you can reload pistols, revolvers, pump guns, automatic weapons and sniper rifles manually. You will also be able to equip the weapons with various attachments such as visors or silencers. In addition, there will also be the option of reloading magazines and the weapons themselves with individual cartridges. We will integrate Puzzles to the game. You will be able to cover yourself so as not to startle the monsters/zombies. At the beginning, the game will only be released for Oculus Rift/Rift S. A release for Quest and HTC are planned afterwards. As soon as there is more information, we will inform you as always.

All rights reserved by xyTec Games© 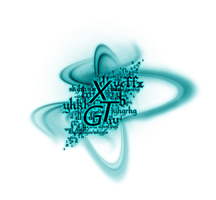